(If you continue to read below you will read some clinical information on the DSMIV labels in mental health disorders.)

Labels aside, we essentially see people who have trouble regulating their emotions. Not all have alcohol or other drug addictions but many participate in some form of repetitive behaviour to help medicate their uncomfortable emotion of fear, agitation, anxiety, anger and so on. They often describe feeling like they can go from "zero to one hundred" in seconds and may lash out in anger or rage or even dissociate. They may not understand why they freeze and cannot communicate their needs when certain sensations are activated in their bodies. They may not understand their anxiety; their fear; their panic; their need to just go to bed and curl up under their blanket to feel safe or any other impulsive behaviour they have learnt to keep themselves safe however no longer does it really serve in their adult lives and relationships. This is often referred to as "Emotional Dysregulation". This can feel devastating and terrifying for individuals to the point, for some, who don't believe they will ever cope and feel they are such a burden and hence start to entertain thoughts of suicide.

We may even see partners or parents of individuals who are experiencing these uncomfortable emotional episodes or behaviours and how they impact them. What is common to all is that they have, more than likely, experienced some type of trauma in their childhood. This may have been some form of emotional neglect in their formative years, where parent has been unavailable for them emotionally or perhaps even to the extreme degree of sexual or physical abuse. Then there is the type of trauma centred around particular shocking events the individual may have experienced such as war trauma, motor vehicle accidents and the like.  Hence the term "Post Traumatic Stress (Disorder)" (PTSD)  as a "fear gone wrong" type of response and "Complex Post Traumatic Stress (Disorder) C-PTSD or Childhood Developmental Trauma.

Quoting Gabor Mate " the trauma isn't necessarily the bad things that happened to you but also the good things that didn't happen to you". So in fact the trauma is about what we were left feeling; holding emotionally; unable to express as a consequence and therefore alone in it. It is not the event that causes the trauma but how our body responds to it. The trauma is like a disconnect between what we are thinking and feeling. The result is, our body never lies and trauma lives in our body and in turn our adult behavioural "dysfunction", or whatever you would like to call it, is a "symptom" of this experience. Once the client understands it they can learn to re-connect mind and body over time and learn ways to soothe the discomfort and create a path for reparenting themselves. In this way they begin to develop their emotional intelligence.

Therapy in this way becomes a pathway to emotional maturity and self awareness and freedom for many from the shackles of a way of being where they felt a hostage to and thought they would never be able to escape from.

We help people learn to name, describe and understand their emotions; to learn what their emotions may be communicating to them. We use a number methods depending on the client to assist with this. We may introduce DBT skills, Focusing somatically with the body or even some gentle yoga and body movements. Breath work and meditation are also tools we invite clients to try and work with them in the sessions to assist with the new experiences and to maintain safety. Sometimes the clients are open to delving more in to the past with memory and we use the method of Deep Enquiry or Imaginal Exposure modalities in these instances. The idea with these two latter methods is for the client , by revisiting their "trauma story" and the emotional pain that comes with it and the negative beliefs they have repeatedly told themselves over the years as a result, to over the course of about six to eight sessions create another truth or narrative  for their "story" and experience less and less discomfort as they recount the pieces of the old memories and narrative.

So, when we are working with someone who has a problem with stopping their alcohol or illicit drug addiction they are commonly medicating some form of emotional pain and have been for some years as this has been the way have been able to soothe themselves. They never planned to cross the line of addiction but it is a progressive disease and medicating in this way works ....until it doesn't. With these clients we first need to help them stop the using before we can start to work with their underlying trauma. Not all people who struggle with Emotional Dysregulation are living with an addiction but all who live with addiction are Emotionally immature. So working with people in recovery is helping them develop along emotional lines.

Many individuals diagnosed with substance abuse problems also experience other psychological disorders. "Borderline Personality Disorder (BPD)", "Bi-polar Disorder", "Schizophrenia","Depressive Disorders", "Post Traumatic Stress Disorder (PTSD)", and so on are examples of psychological disorder classifications; diagnoses given to individuals as assessed by a medical practitioner according to the DSM-V Guidelines (Diagnostic and Statistical Manual of Mental Disorders, Fifth Edition). This book serves as a universal authority for psychiatric diagnosis. All Australian treatment recommendations, as well as payments by health care providers, are often determined by DSM classifications.

Findings in Lewis et al., 2001 showed that one-third of the substance-abusing population meet the criteria for one of the psychiatric diagnoses. Among those with the diagnosis of alcoholism, almost half have a second psychiatric diagnosis. Phobias were particularly common among males, followed by depression, schizophrenia, panic and mania. For alcoholic women in this study, phobias and depression, followed by antisocial personality, panic, schizophrenia, and mania were the most prevalent.

There is also a frequent relationship between substance abuse and suicide (Doweiko, 2011). Estimates are that approximately 25% of people diagnosed with a Substance Abuse/Substance Dependence classification, entering treatment have made a suicide attempt at some point in the past. Some of these cases would have a diagnoses of BPD, PTSD if not both.

In some cases it is the second psychiatric diagnosis that receives treatment depending on assessment and most problematic behaviour. Involvement of a qualified psychologist and/or physician to assist in diagnosis and providing treatment for these clients at an early stage is critical. So an individual may come into a psychiatric facility for their substance dependence problem for a detox which could well be followed up by an extended stay in a mood disorders unit to attend to the second psychiatric diagnosis following the detox period. This is where an outpatient DBT program can fit in for individuals.

DBT is a skills training program developed by Marcia Lineham and many treatment services offer this model of treatment to individuals having been diagnosed with Suicidality Risk and/or Borderline Personality Disorder ( BPD).  A number of studies have been conducted focusing on skills training with different populations. For example, DBT skills training has been shown effective with eating disorders, treatment-resistent depression, and a variety of other disorders. In Linehan's research, increases in use of skills mediates reductions in suicide attempts, non-suicidal self-injury/self harm, difficulties regulating emotions and interpersonal problems. A subset of skills was also added to treatment for problem drinking  and improved outcomes compared to a treatment with out the skills.

We make mention of this program in relation to substance abuse because it is common for clients who are assessed for the DBT program to have had a history of substance abuse in their teens and in to the early adult lives. It is sometimes one of the problematic behaviours of the past that they engaged in in order to alleviate their anxiety and alter negative mood and social inhibitions which often, unfortunately, lead to further problematic behaviours.

For Further information on DBT Skills Courses in Australia try these links: 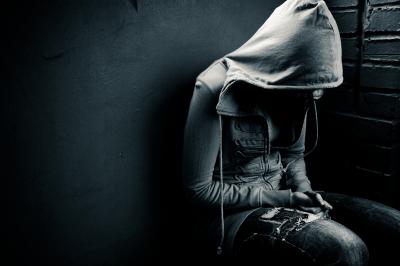